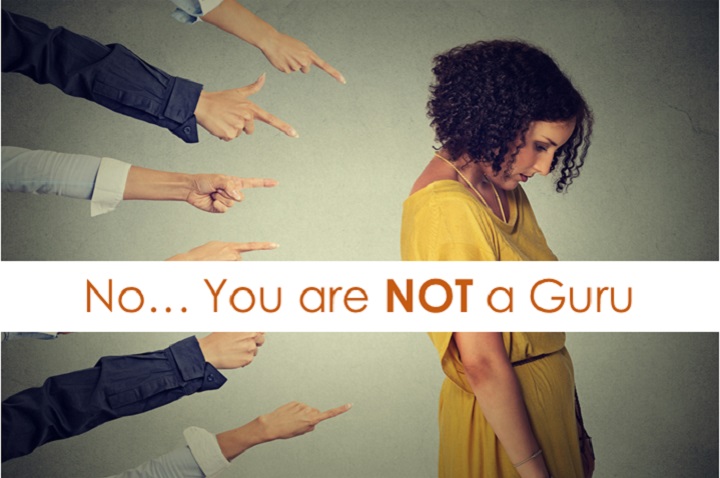 There are all sorts of things that people do wrong on all sorts of social platforms. Usually it has to do with carelessness or lack of understanding about the platform. However occasionally I come across an entire sub-category of ridiculousness.

First, to put things into perspective, here are a few of the basic LinkedIn mistakes that may not be obvious, but have consequences if you’re serious about your image:

There’s tons of advice on how to craft the “Perfect LinkedIn Profile”, however I’ve never seen anyone mention the two most glaringly obvious, self-absorbed and somewhat embarrassing rookie mistakes that just happen to be the ones that make me cringe a little every time I see them (and I see them a lot).

These are embarrassing because they just make these folks look clueless on a platform designed to make them look professional. So here are my nominations for the top 2 “I really didn’t think this through” approaches to creating a LinkedIn profile:

#1: People Who Speak About Themselves in the Third Person

You would have to assume that when a person creates their own profile, they understand that everyone else who reads it went through the exact same process. Therefore everyone inherently knows that we all write our own profiles. Make sense?

Pretending that it was written by an independent source just makes you look pompous…or worse, clueless. Here’s an example of one that wasn’t too hard to find:

It took me about 5-minutes to locate someone who is speaking about themselves as though it was their Wikipedia listing written by a team of independent third-party researchers with a keen and objective interest in her life story.

How did I find this so fast? Simple, I searched for the word “Guru” in LinkedIn. I assumed that anyone who would call themselves a Guru, would be clueless enough to think fellow LinkedIn members would also buy into the third party narrative.

That brings me to my next pet peeve:

#2: People who anoint themselves a Guru

If you have to call yourself a “Guru”, and to a lesser extent an “expert”, you probably aren’t. What exactly is a Guru?

I assume if you were knighted by the International Association of Certified Gurus, you’ve probably earned the title, in which case I stand corrected. I’ve seen LinkedIn Gurus, Coaching Gurus, SEO Gurus, but this is a first:

A “Shipping” Guru…really? Do throngs of disciples diligently descend on his warehouse to study at his feet in the hopes that they too may someday anoint their LinkedIn profiles with the title of Guru?

OK, perhaps I’m a little hard on these well-meaning folks just trying to check the boxes and do the right thing. But LinkedIn isn't about posting pictures of cats or voicing political tirades. This is the “Professional” network where you are judged by the way you present yourself.

What do you think?

Was I too critical? What are your pet-peeves on how people approach their LinkedIn presence?  I don’t usually go out of my way to ask for feedback, but I’d love to hear your thoughts in the comments below.