The Wackiest Lead I Ever Got 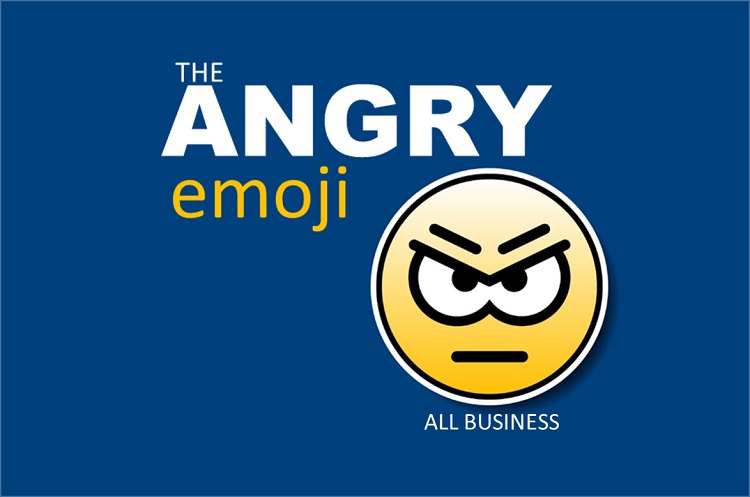 As a Digital Marketing firm, we feel obligated to eat our own dog food, or as my French associates would say "drink our own Champagne”. Like most businesses, we get leads from multiple sources. But I never got one before from an angry emoji.

No, I’m not kidding. Here’s the email I got from our website

“I am interested in discussing your services. I have a meeting tomorrow with xxxx Marketing in Huntington Beach and then I saw your “angry face” on a post I saw on my Facebook feed. So I looked further and saw your company”

I’ve been told my headshot is a bit serious, but never angry. At this point I was less interested in the lead than I was in finding out how I just got it based on my angry face. 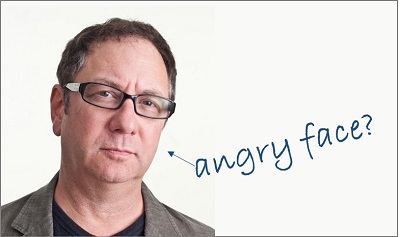 I'm not too proud, so I called him. Apparently it wasn’t my picture that got his attention, it was the actual Facebook emoji I left on someone else’s post.

For the record, an “emoji” is a little graphic like a smiley face or a thumbs up.  An emoticon on the other hand, is a typographic display of a facial representation, used to convey emotion in a text only medium. As in:

He referenced a sponsored Facebook ad that just happened to be in both of our Facebook news feeds. It was from an SEO company in Orange County that promised SEO for $299 Month... No Contracts! Guaranteed results!

It was a sponsored post that I had been ignoring for the last month or so. Eventually I couldn’t ignore it any more. Out of professional curiosity, I finally looked at the comments (almost 60 at that point) and they were universally negative from disgruntled customers. 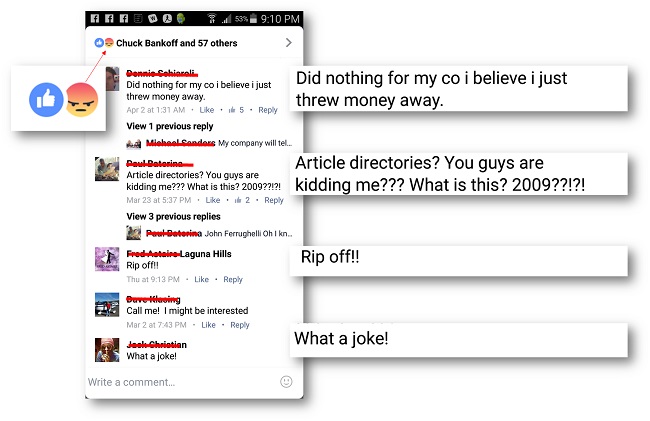 As the Director of an actual digital marketing agency, I know you can’t really do SEO for $299/month. You can certainly do a few of the basics, but nothing that would move the needle by itself. You definitely can't guarantee results. Although it wasn’t quite as bad as the “SEO for $49” I wrote about a while back, it was pretty questionable none the less.

It didn’t occur to me to write a scathing comment and challenge this agency. I wasn’t actually angry, but I sure didn’t approve of this misleading sales technique, so I just used the "Angry" emoji because there wasn't a "suspicious" emoji available, and I moved on. I didn’t even leave a comment.

During the phone call I found out that this business owner and fellow Facebook aficionado had already scheduled an appointment with the “discount” SEO Company, when he was lured by the angry emoji like a bass to a shiny object. That’s when he started reading all the negative comments and backtracked the emoji to me, and eventually our agency.

So after talking with this business owner (who was motivated by my angry face) for about an hour, he came to the conclusion that the amount of work that can be done for $299 is probably not enough to propel his multi-million dollar business to the top of Google. We’re meeting with him and his team on Tuesday.

I’ve been practicing my happy face in the mirror all weekend.